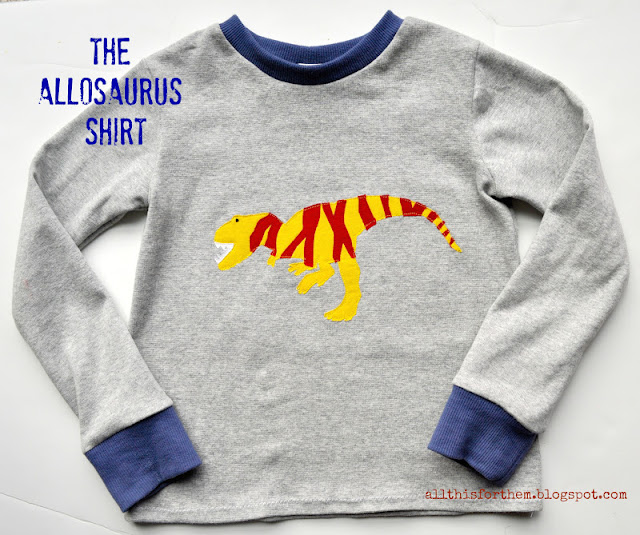 I've been making a lot of things for my daughter lately and was feeling a little under-appreciated. Hmm. So I decided to turn my attention to my son's wardrobe. He's 5, and I have to say, he has *always* appreciated everything I've made him - from blankets, to pillows, to clothes. I mean, he is the one who pulls out the toy sewing machine and wants to sew along with me. It's too cute. So I decided to make him something really useful. I bought Rae's Flashback Skinny Tee and set to work. 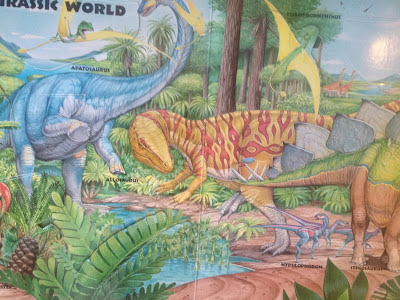 Way back in September, I bought a handful of dinosaur shirts for the start of the new school year and finally decided I should probably make my own. I asked my son what kind of dinosaur he wanted on his shirt and he said...an Allosaurus. Then he brought me this book for inspiration. (See what I mean? He gets INTO it.) 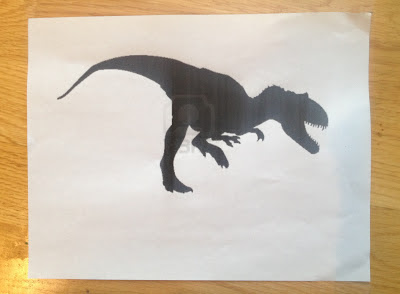 I let him help me find an image online and this is the one we settled on. If you are not familiar with the mighty Allosaurus, let me tell you that this creature was pretty fierce. He was a large predator that lived in the Late Jurassic time (before T-Rex) and prowled the landscape that is now Utah. Different books and websites will give you varying illustrations of him, but the silhouette we found seems to be pretty accurate (the book is, unfortunately, outdated). Note, also that the silhouette has 3 fingers (the T-Rex only had 2 on each hand). Anyway, let's get back to the sewing. If you have a little boy, I'm sure you know these things anyway! 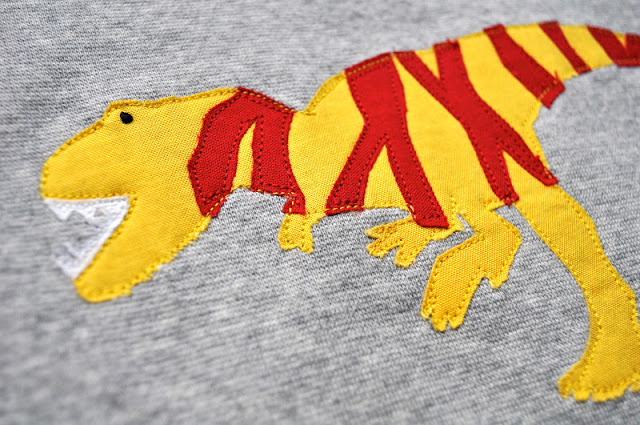 I used Steam-a-Seam and traced the dinosaur out of yellow fabric, then red for the stripes. (Plant-eaters, though easier to applique, are apparently not as cool. Darn.) The teeth were a little tricky to sew down, but I think they turned out all right. I finished off with a French knot for the eye. Watch out little Jurassic critters! 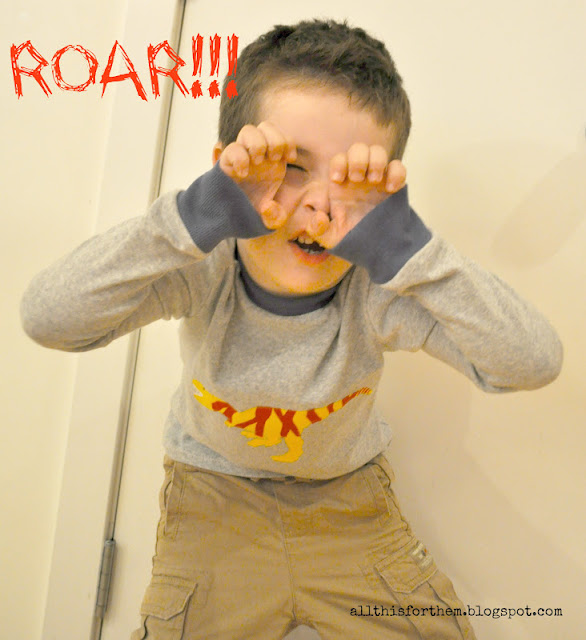 Note: For this shirt, I made it a half-inch bigger all the way around (except for the sleeves). My first "draft" of the 5T shirt was a little snug. So this version looks much better. Next time around, I'll shorten the sleeves a tad. 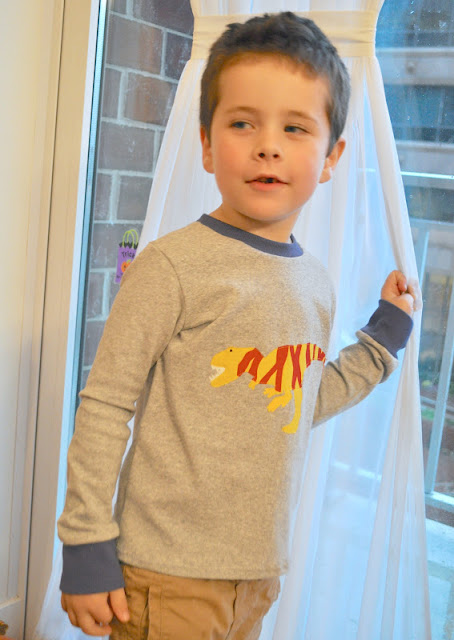 Overall, I'm very happy with the way this shirt turned out. I LOVE the pattern and can't wait to make more shirts and variations of such for both my kids (thinking jersey dress for my daughter, hmmm). Anyway, my son proudly wore his Allosaurus shirt to school last week, and as far as I know, no one asked him if his mom made it. Success! 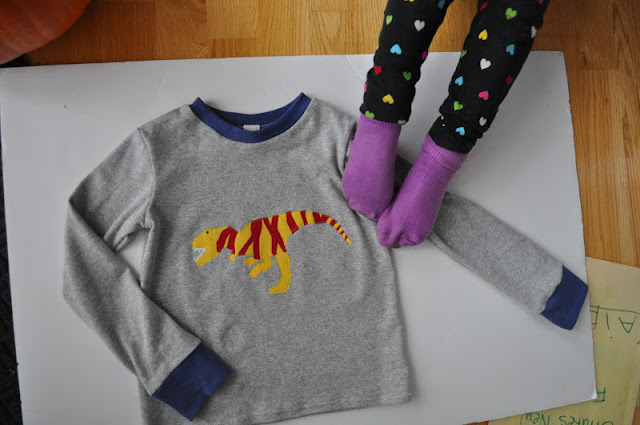 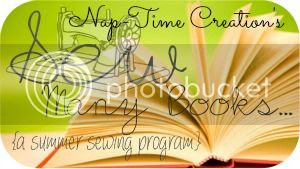 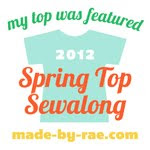 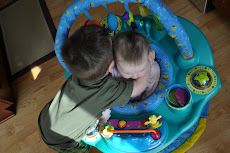